Git Tip - How to See What Commits are Different Between Branches 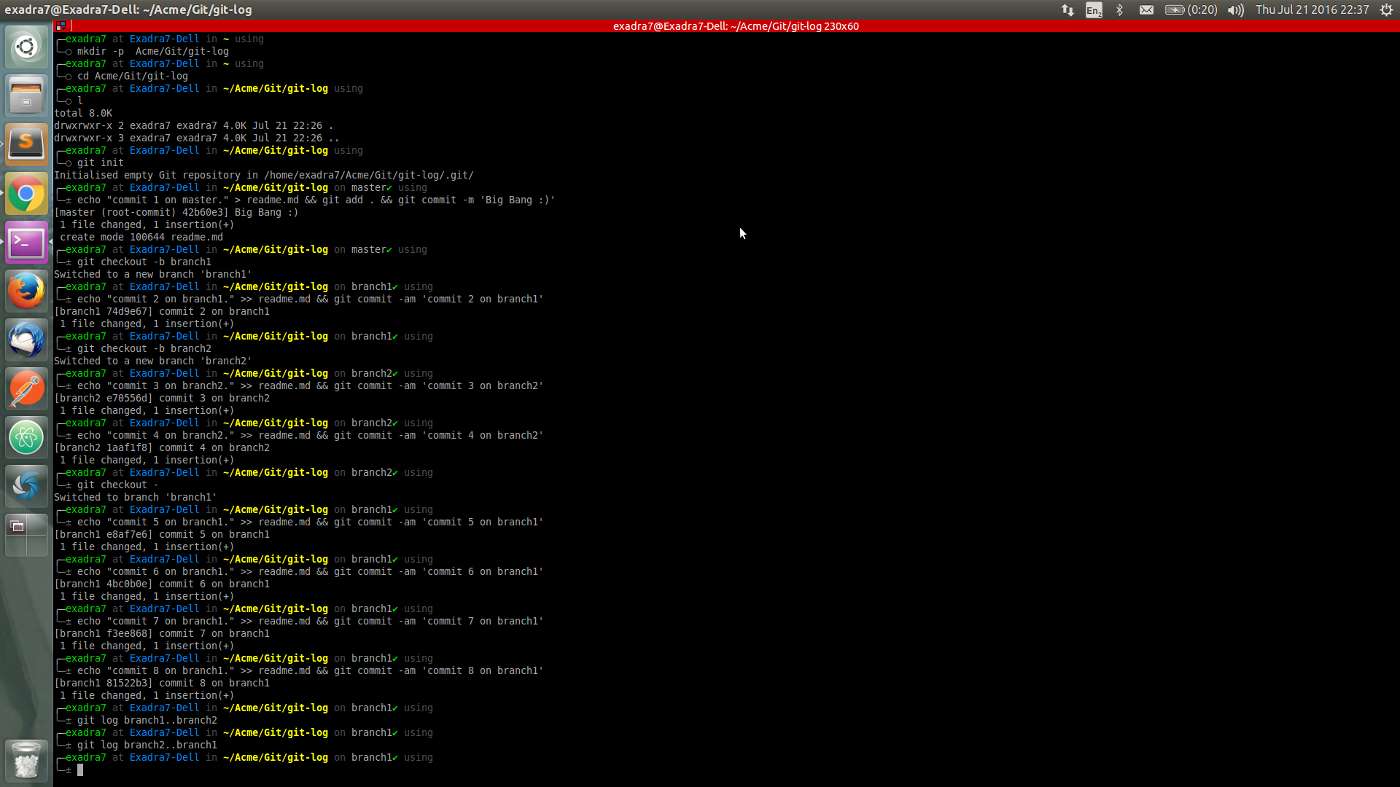 Usually when comparing two branches we will use Git Diff Command that will show what lines of code are different between them.

Now, how do we do when we only want to see what commits we have in one branch that are not present in other branch?

So to get for branch1 a list of commits that are missing from branch2 we will use the Git Log Command.

Yes it can… I was so surprised as you when I discovered this Git Tip in man pages, don’t believe me… just type in your terminal man gitworkflows and look for example 5.

To get a list of commits from branch2 that are not present in branch1, just type in your terminal:

So if branch1 and branch2 are not the same you will get a nice list, like this one:

Try Yourself this Git Tip

To reproduce exactly what I have done, just type the follwing commands:

Output to Compare Branch 1 with Branch 2

Output to Compare Branch 2 with Branch 1

In the list of commands I have executed their is one more good Git Tip… Are you able to spot which one I am talking about?

Disclaimer: What I expressed here is only in my behalf and doesn't represent the company I work for, or any previous one, neither my family, friends, colleagues or anyone else unless I explicitly say so.

Was this post useful to you? Did you enjoyed reading it? Did you learned something new?

If so, in return I only ask you to show your appreciation by Sharing It:

Don't miss my next article. To stay on the loop, just Follow Me at:

If you are feelling really generous you can always offer me a coffee or a beer.

Disqus is disabled on my Blog because I don't agree with their policies.